rpanganiban
August 2015 in General
Spaceteam has long been a part of the culture of the youth programs I run at my museum. We use it for ice breakers and rewards for kids who have finished a hard project, and among my educators to celebrate successes.

So when one of the members of my team announced that she was leaving to go to grad school, I took it upon myself to create an non-digital, analog version of Spaceteam. We debuted it at her goodbye party last Friday and it was a big success!

If people are interested, I can share how to translated Spaceteam into a game that can be played using simple arts and crafts supplies and a slight modification of the rule set. 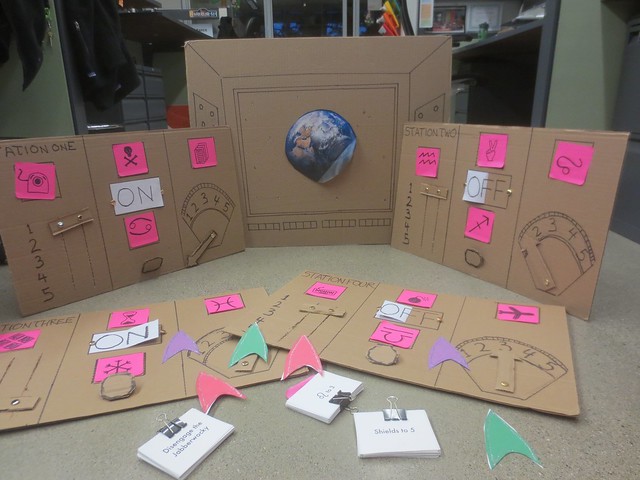